Revit. Managing the visibility of tabs on the ribbon, move backups without autosave, and text color of document tabs

Today we've released an update to the Revit working libraries, in which we've added a command to manage tabs visibility on the ribbon and made important changes to the tabs coloring service and the autosave service.

And now we'll tell you more about it all.

There are situations when users have a particular set of plugins installed on their desktops, some of which they do not need. For example, it is often the case when an organization develops a lot of plugins and divides them into tabs (usually General, Architecture, Structure, etc.). At that all the plugins are installed to all the employees. And it turns out that the engineer sees plugins for designers that he does not need. Therefore, we have developed a small command that allows you to control the visibility of tabs on the ribbon. The command is available in the ModPlus panel of the ModPlus tab. When you run the command, you'll see a simple window: 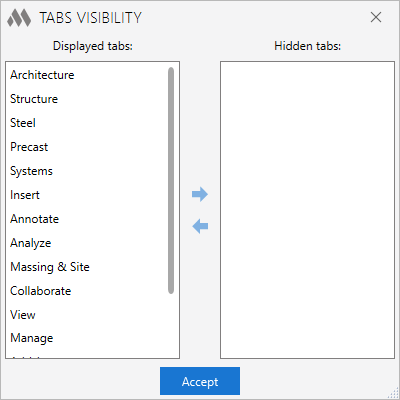 It's pretty obvious here - move the tabs you don't need to the right list and click Apply. 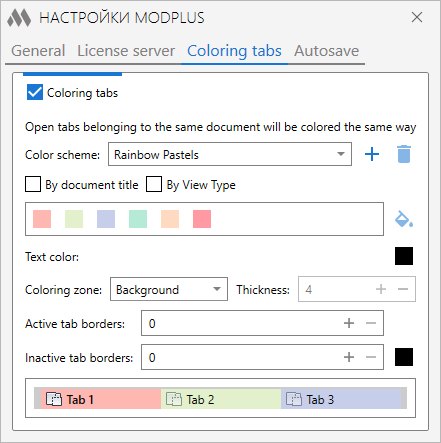 Now, for example, you can make a color scheme of dark saturated colors and make the text white. If you like it that way, of course.

In the autosave service there is a chip to move the backup files. But if you think about it, this feature is not tied to autosave and can work separately. That's why we separated settings of autosave and moving backups, making it possible to use the second without the first: 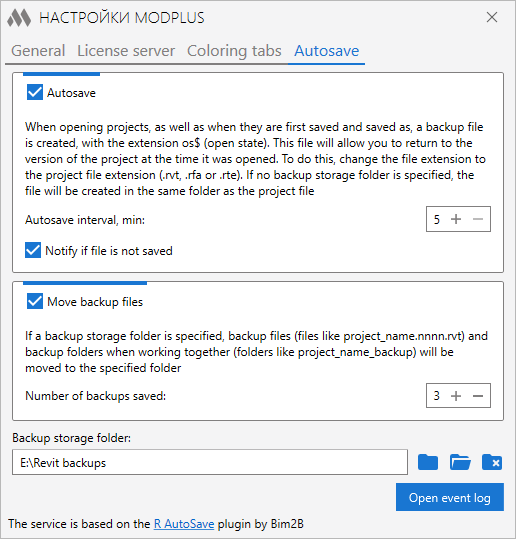 And we also improved the service and now it also moves the backup folders, which are created when working together (folders like file_name_backup).