Introducing an update to the Sheet numerator plugin with a new feature - adding leading zeros! 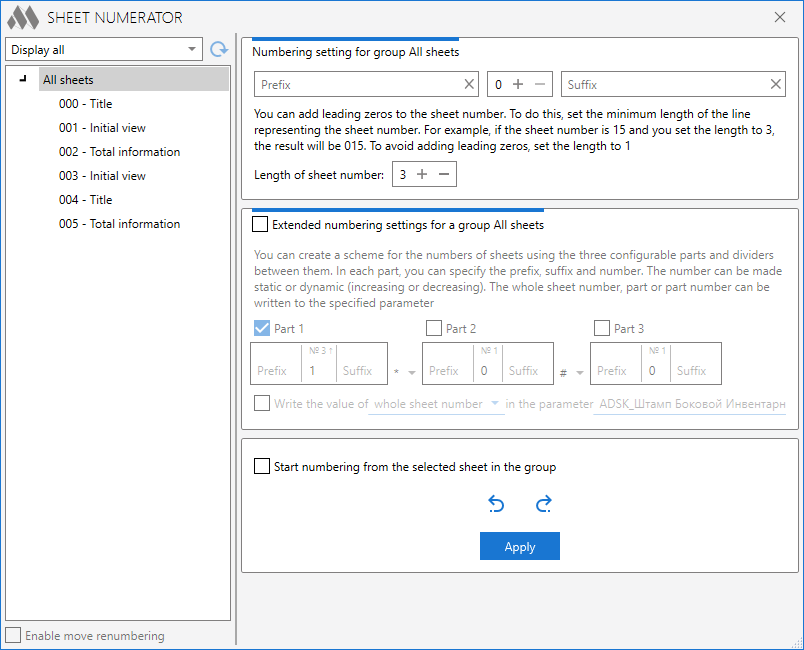 This update, as well as many others, was made based on users' suggestions. So, head over to our Telegram support chat and submit your ideas!

Introducing an update to the Totals plugin with a new feature - write back the sheet number and name, specification name 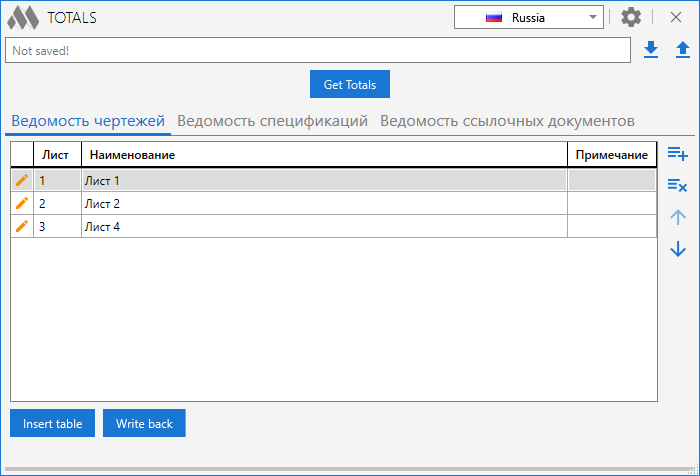 Now, once you've collected the general data and made changes, you'll see an orange icon notifying you that you can write the changes back into your drawings. To do this, simply click the Write back button. This functionality is only available for data that was received in the current plugin session. That is, the data loaded from the xml file can no longer be written back.

Also want to draw your attention to the fact that we refactored most of the code, which means that there may be bugs that we did not find during testing. If there are any errors, don't hesitate to contact us!

Logout from a workplace when using a single-user license 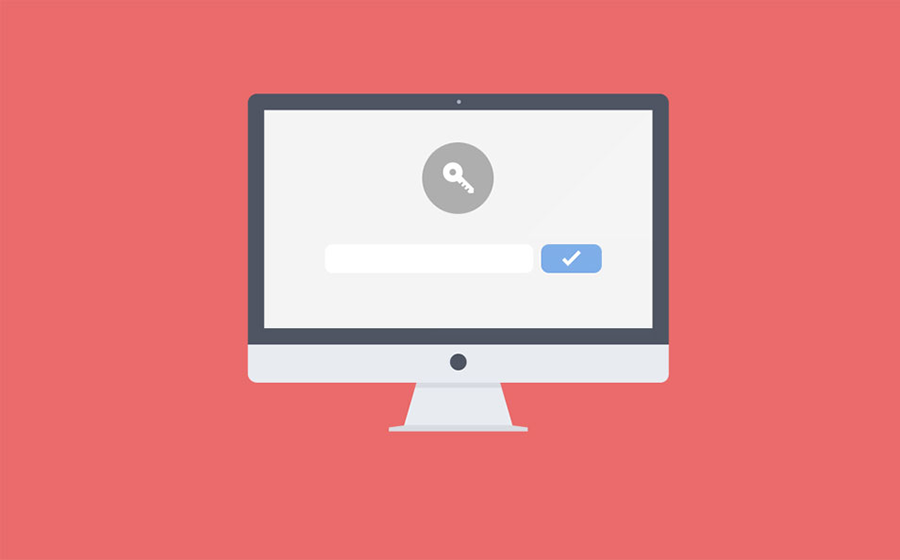 We are pleased to inform our users that we have revised the system of linking user licenses to workplaces!

These changes are available after upgrading the Configurator to version 11.9.0.0.

We are sure that this change will be appreciated by many!

A little over a week ago we've released an update to the Revit working libraries, adding an autosave service based on the R AutoSave plugin from Bim2B. After the release, after talking to users, we realized that it was a lot of unnecessary features and simply removed them all, leaving only the time-based saving.

But we did it for a reason! After this update in our Telegram and other groups, we finally got feedback from users, understanding what they really expect from the service. There were not too many problems we solved and will describe below: 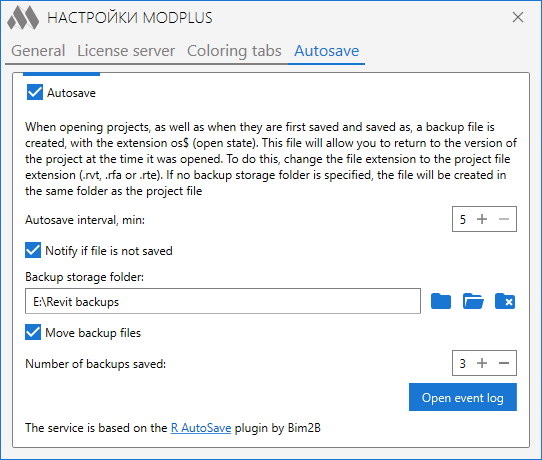 Firstly - we returned the backup folder to the settings. But with an obvious difference - the folder can be set or not. This difference affects the operation of the following functions.

Second - since the service saves the file at every interval, a situation may arise when the user has opened the file but didn't need to save it. For example, when he didn't want to save the changes and decided to close the file without saving. But since the autosave service was enabled, the file managed to be saved. Therefore, we have added the creation of a file storing the state of the project at the moment of opening (with the extension os$ - open state). Accordingly, if you want to roll back to this state, just change the extension of this file to the extension of the project file (.rvt, .rfa or .rte). If the backup folder is specified, the file will be created there, if not - next to the source file.

Third - a feature that shouldn't really apply to the service, but users have asked for - moving backups. When saving, Revit creates backups (like project_name.nnnn.rvt) next to the file. The number of backups cannot be less than zero. That is a minimum of one backup. Now, if you specify a folder to store backups in the service settings and enable the "Move backups" option, backups will be moved to the specified folder. At that the number of backups you specify in the service settings will be saved, not the number specified in the project settings.

Fourth, we added some extra error-catching features for auto-save, so you won't get an error window popping up in Revit. We could not reproduce such cases, though, so we are waiting for feedback from users.

If you have any other suggestions, write to us!

Since recently, authorization through the Google account in ModPlus ceased to work. And the authorization pages of other social networks just looked clumsy. The problem was technical (let's not go into details) and there was nothing we could do about it. In the meantime, people kept texting us, saying that they couldn't login to their account using their Google account.

But just in case, we left the old authorization option in the box, but removed the social authorization buttons from it. Special message you'll see in Personal Account 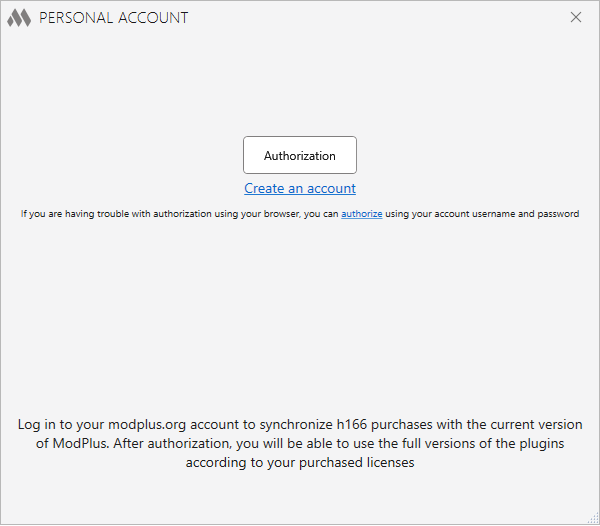